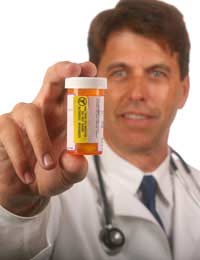 Also known as beta-adrenoreceptor blocking drugs or beta-antagonists these are a group of medications given for their beneficial action on the heart and circulatory system.They must be prescribed by a physician after an accurate diagnosis has been made.

What are Beta-Blockers Given For?

Beta-Blockers are given for a number of different reasons, traditionally given for the treatment of high blood pressure, though other drugs have now been found to be as effective, they are commonly prescribed following heart attacks or as a way of controlling arrhythmias, or irregular heart rate patterns.

Some GPs also recognise their role in the treatment of migraines, anxiety and palpitations, but they will often need to be taken alongside other medications to successfully treat these conditions.

Beta-blocking agents have also been found very useful in the treatment for glaucoma, by reducing the amount of fluids present in the affected part of the eye and lowering the potential for pressure to build-up.

How Do They Work?

Within the arteries and heart muscle itself are nerve receptors that transmit messages along the nervous system. These receptors can become stimulated by the presence of specific chemical substances. These chemical substances include a neurotransmitter called noradrenalin and a hormone called adrenalin, which is a naturally occurring substance found in the blood. These substances can cause the heart to work harder, increasing its workload and allowing blood pressure to rise.

When a beta-blocker is taken, the nerve receptors are ‘blocked’ preventing the noradrenalin and adrenalin from having an effect on the heart. The blood pressure does not become raised and the heart does not have to work as hard.

Are There Any Side-Effects From Taking Beta-Blockers?

As with most medications, there are reported side-effects, though many people suffer no side-effects at all. The most common effects being dizziness, shaking and feeling unbalanced. This is often due to the dosage and can usually be corrected by the GP amending the dose as necessary.

Other effects can include sweating, changes in the digestive tract, rashes and quite rarely, impotence. These problems may all be treatable using other medications or forms of treatment.

Beta-blockers should not be taken if the person has a history of airways disease as they can cause the airways to narrow and induce further problems.

Some athletes have been known to illegally take beta-blockers as they falsely believe they can aid their performance. This practice is very dangerous and prohibited by sports associations. Taking beta-blockers unnecessarily can significantly decrease ability and performance and be hazardous to health.

How is a Beta-Blocker Taken?

Beta-blockers are most commonly taken as a tablet and are available only through a prescription. Commonly prescribed beta-blockers include propanolol, atenolol and metoprolol. In the treatment for glaucoma, the drug will be given as a liquid eye drop so it can work directly on the affected site.

Beta-blockers have been used for many years for the treatment of heart conditions and disorders of the circulatory system and can help prevent premature death due to a cardiac condition. When taken as advised they are very effective, often causing no side-effects and can significantly improve a person’s quality of life. They are safe to be taken long term if the patient is monitored regularly and consults their GP over any concerns they might have.