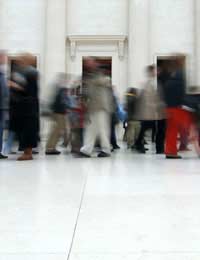 Today’s modern society commands quite rightly that there should be no discrimination between human beings regardless of background religious preference or anything else that makes us unique. Unfortunately illness and disease are no so unbiased and certain health-related problems can be found to be more prevalent in some cultures than in others.As Britain is now home to a very multi-cultural population, the differences between groups of people can be seen quite clearly in the results.

Research has found that those people from Bangladesh, India, Pakistan and Sri Lanka carry a fifty percent higher risk of suffering from an early death due to heart disease than others living in the UK.

Those from the southern areas of Asia show an apparent increase in the likelihood of developing heart conditions than the rest of the UK’s general population.

Those from Afro-Caribbean backgrounds however, show a lower risk than the rest of the UK.

It is not certain why these differences are occurring but it is thought to some degree, to relate to attitudes to smoking, diet and exercise. Evidence has also proved however, that some groups of people have different levels of biological function as well, for example concerning insulin production, lipid levels and metabolic rates, all which can affect the way in which the body processes fats and sugars.

Many of these groups of people vary in their personal background, but early results seem to present results leading to this theory.

In order to address these differences, further research needs to be carried out and the problems attended to with cultural issues, such as dress and acceptable behaviours in mind.Preliminary research also suggests that some groups of people are more likely to have a poorer recovery rate than others; this seems especially true of black Caribbean men following a stroke.

It is well known that by consuming high levels of red meat, the risk of heart related problems is likely to increase. It is also true that many cultures basic foods are based on recipes containing red meats, so it stands to reason that these groups of people are more likely to suffer from heart problems.

It is not just a variant between countries, but also between regions of the same country. The UK for example, traditionally has a reputation for the northern end of the country consuming a diet higher in fats and meats than the south. This may be becoming a less popular theory as the public are becoming more aware of the links between diet and health, but statistics still show that the northern parts of the country do continue to suffer from more heart related health troubles.

It is not only ethnic origin and cultural background that show differences, there is also plenty of statistics available highlighting the differences in risk of disease between men and women, and not only within the different ethnic groups.

Heart disease is a very serious problem that affects many thousands of people in the UK. It can affect anyone of any age, but research continues to show links between some groups of people and an associated risk of developing poor cardiac health.