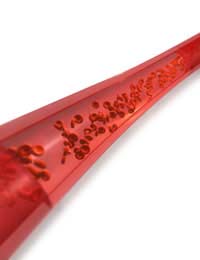 Heart disease is a huge problem all over the world. It has exploded in the western world and is becoming more common in the developing world as the habits of industrialisation are adopted. One of the worst things humans have done to themselves is to develop a diet full of refined flours and sugar, high in fat and low in fresh fruit and vegetables. It is a major factor in the deaths of the 17 million people who die of heart disease each year.

One of the main effects of heart disease is to fur up the main arteries that carry blood to the heart. If the coronary arteries become blocked, this leads to a heart attack, which can be fatal. Often symptoms appear before that happens in the form of warning pains, shortness of breath and tiredness and if these are recognised, it is possible to perform various medical treatments to prevent a heart attack.

Possible treatments include balloon angioplasty, with and without a stent to keep the artery fully open, or coronary artery bypass surgery to replace the disease arteries in the heart with healthy blood vessels from the leg or elsewhere in the body.

View the Inside of Arteries

One of the techniques used in diagnosing how bad the problem is in disease coronary arteries involves building up a picture of the inner surface of the arteries by taking a series of X-rays from different angles and putting them into a computer to build up a 3D picture. Recently, at the beginning of 2010, scientists have taken a further step and have begun testing a prototype that could be used to generate 3D pictures instantly, without the need to take as many X-rays. This would be an advantage for the surgeon, because the pictures could be delivered more quickly. Patients would also benefit because they would need to be exposed to a lower dose of X-rays.

The technique involves something called 3D computed angiography. Essentially, many D-ray pictures of the patients chest are taken rapidly after a dye is injected into their vein. This travels around the body in seconds and, in normal 2D systems, two arms with cameras move up and down and the 3 dimensional aspect of the inside of the arteries is built up by computer, which can take some time.

The prototype angiogram system has a C shaped arm that rotates around the patient in lots of different planes, taking pictures and instantly converting them into 3D images. This is available to the surgeon much more quickly, allowing better decisions to be made during the balloon angioplasty or coronary artery bypass that follows.

An early trial of 26 patients showed promising results. They were subjected to 18 per cent less X-rays, on average, compared to patients examined with the conventional 2D system. Surgeons were impressed by the quality of the images which were highly specific when tested in diagnosis. The 3D visual images were accurate around 99% of the time and produced very few false positive results.

The first working models of the 3D viewer to be put into widespread use could be made as early as 2012 if the trials produce equally good results.

What is Heart Perfusion?