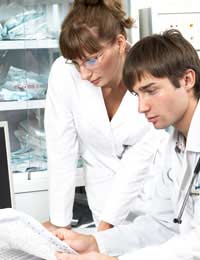 For those who have suffered from a heart attack, stroke or other problem with the circulation involving blood clots, one type of treatment that might have been suggested is thrombolysis. This treatment aims to help break up blood clots and allow the blood to circulate more effectively through the blood vessels.

What Exactly Is Thrombolysis?

Thrombolysis is the breaking down of clots using drugs that have been created to perform this task; these drugs are called thrombolytics.

Often blood clots can form within the walls of the blood vessels and these clots can prevent oxygenated blood from reaching the tissues and can seriously compromise the health of the tissues. If tissues are obstructed from receiving blood and oxygen, tissue death can occur.

Thrombolysis is often one of the immediate treatments given to those who have suffered from such an occurrence. The earlier the person can receive this treatment, the more chance of preventing long term and irreversible damage to the tissues is.

What Is Involved With The Procedure?

For some, the problems within the circulation may have been detected during an angiogram procedure when a detailed investigation of the blood vessels can be seen using x-ray technology, and the process can be offered as a prophylactic measure and be pre-planned.

Similar to an angiogram, the procedure involves the use of x-rays and the patient is required to lay on an x-ray table and sedation and local anaesthetic can be given. Following administration of the local anaesthetic, the radiologist will introduce a guide wire, followed by a catheter into the circulatory system, usually via a peripheral artery such as found in the groin area, and using a dye that can be seen on the x-ray, will progress the wires to the site of the clot. Once the location of the clot has been confirmed a drug designed to dissolve the clot will be injected and the clot can often be seen breaking up on the x-ray.

For others, the treatment is likely to be given during an emergency situation and can help to preserve life. In these instances, the drug of choice should be given at the earliest opportunity, with many paramedics now being trained in the selection and administration of the medicines.

There are currently four available thrombolytic drugs available in the United Kingdom, and the choice of drug is dependant on the administering professional’s choice.One such drug is called streptokinase, and if this is used, the body will build up a resistance to it due to the production of anti-bodies, in this instance streptokinase can only be once in the lifetime of each patient.

Thrombolysis is now a routine part of treating heart attacks. It aims to break up the blood clot that has obstructed the coronary artery that leads to heart attack. Many hospitals have rigid procedures and policies regarding the use of these drugs, and for many who receive the treatment at an early opportunity, long-term damage from tissue death can be minimised.

Recovering from Heart Surgery
Share Your Story, Join the Discussion or Seek Advice..
When i had my heart attack which was a big one, and I was unable to respond to the medics even though I could hear them, the got me in the ambulance and when I started to have another they thrombolised me which almost immediately brought me back. They saved my life for which I will be forever grateful I was 42 and my daughter was only 2 and my son 8, i am now 51 and watching my children grow into adults thanks to this procedure and the wonderful medics who tended to me, after 5 days in intensive care and another 5 on a ward I came home again. I am forever in the debt if the ambulance man who made that decision to stop the ambulance make the call and administer the drug. Thank you Cornwalls ambulance crew, you truly were my life line.
Blackwidow2001uk - 25-Sep-15 @ 12:47 PM
Title:
(never shown)
Firstname:
(never shown)
Surname:
(never shown)
Email:
(never shown)
Nickname:
(shown)
Comment:
Validate: